We’ve got an exciting announcement. Seed now supports deploying AWS CDK alongside your Serverless Framework services, thanks to SST. 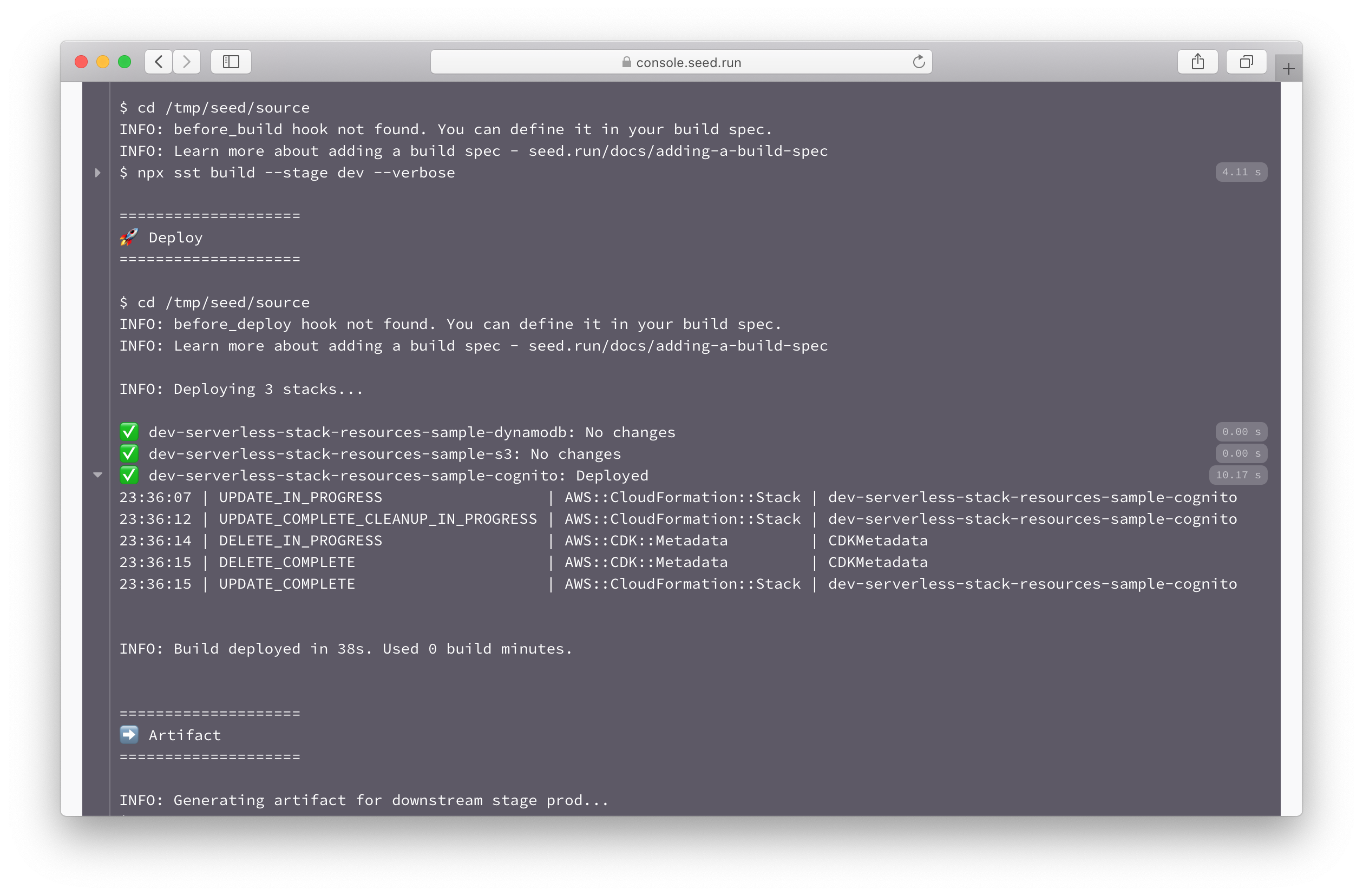 However, there are some architectural differences between CDK and Serverless Framework that makes it tricky to use them together. For example, you’ll need to prefix your stack names and make sure that they are deployed to the same region and AWS account.

To fix this, we created Serverless Stack Toolkit (SST).

So you can deploy your Lambda functions using:

And use CDK for the rest of your AWS infrastructure:

We’ve also created a completely new deployment infrastructure in Seed. Making it the fastest possible way to deploy your SST apps! This features:

This means that SST apps are deployed incredibly fast. And since you are not charged while waiting for CloudFormation to complete, deployments will be practically free!

As an example, a simple AWS CDK app with 7 stacks (a few DynamoDB tables, SNS topics, and SQS queues), deployed on CircleCI takes 417 seconds. While on Seed it takes 100 seconds. And subsequent deployments take 193 seconds on CircleCI vs. 40 seconds on Seed!

We’d like you to give SST a try and to send us your feedback.

SST deployments during the beta are free. So try it out and let us know what you think!