We’ve made a few changes to make the process of auto-removing stages far more stable and robust. 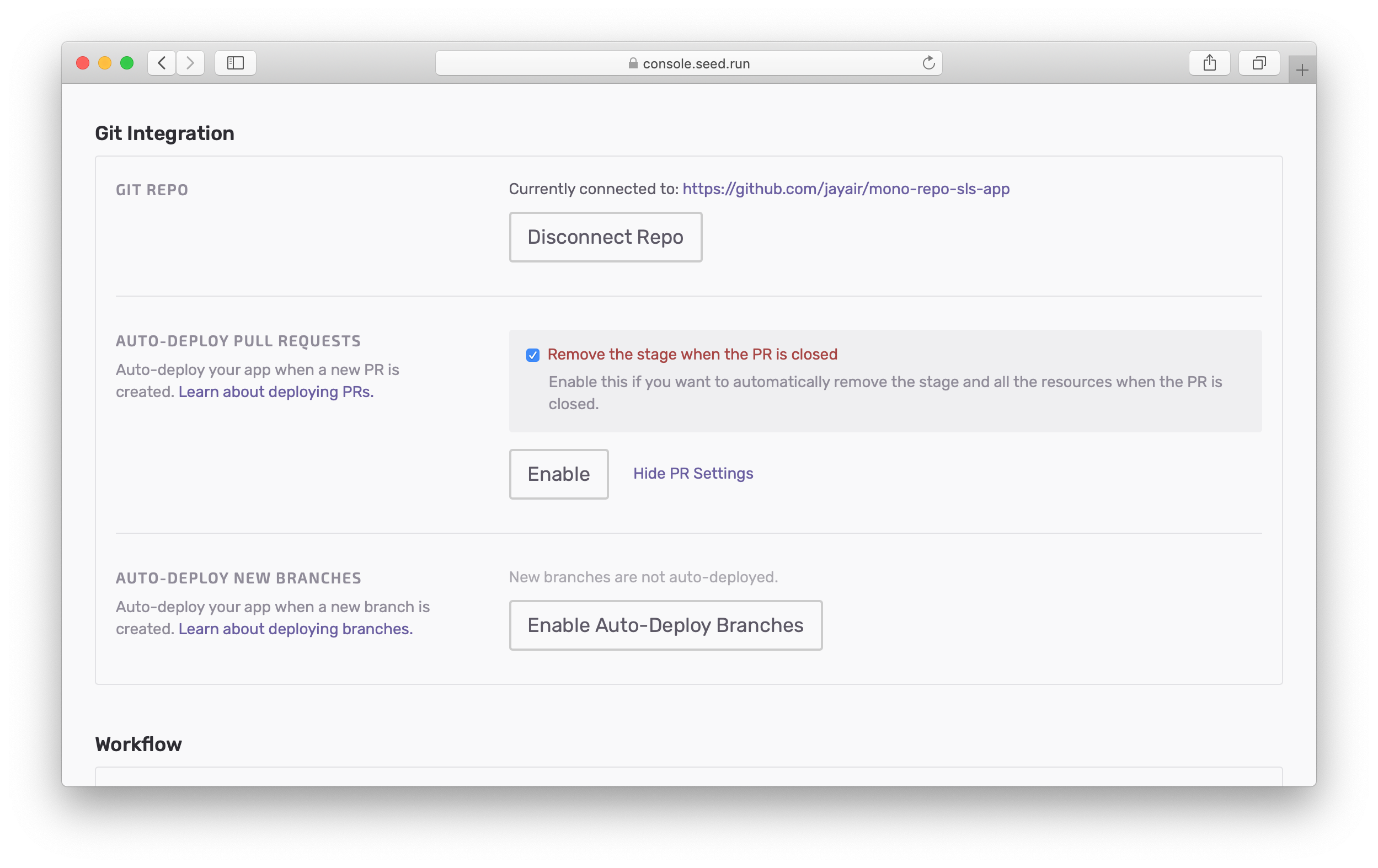 Stages in Seed can be automatically removed when you close a PR or delete a branch. However if the removal process fails, you might end up with a large number of these half-removed stages in your Seed dashboard. Seed allows you to manually remove these stages but we want to try and make sure that the removal process is as robust as possible.

We are rolling out a couple of improvements to make this happen:

We hope these changes fix most of the auto-remove issues that people are running into. Making this process robust is necessary to fully automate a PR based development workflow for Serverless apps.