We rolled out some major changes to the way we display the build logs in Seed. We made them more readable and added more clarity around the various build steps. 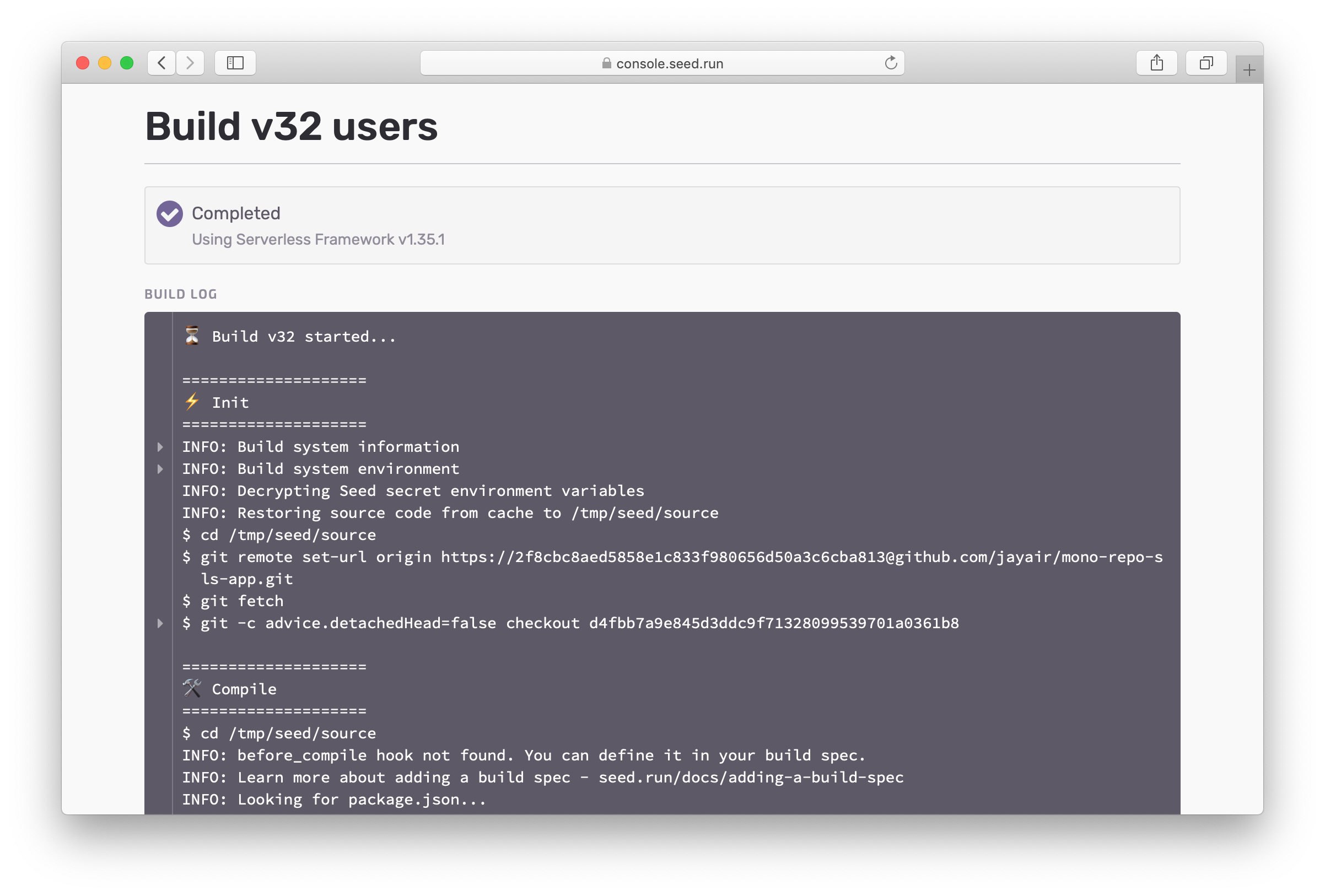 The build logs in Seed show you not just the status of your builds but it also gives you an idea of the build process and helps you debug any build errors. We made some changes to make it easier to work with the build logs.

Finally, we made it a little easier to work with these pages by scrolling the entire page; instead of scrolling just a section within it.

By constantly improving the developer experience around Serverless deployments, Seed makes it easy to manage the CI/CD pipeline for your Serverless Framework apps.