Seed supports deploying AWS CDK apps with Serverless Stack Framework (SST). SST makes it easy to build serverless apps by using CDK constructs to define your infrastructure. And you can use it alongside your Serverless Framework services.

Advantages of CDK and SST on Seed

You can read more about this in our post here. Note that, there are a couple of pricing limits that we talk about below.

CDK deployments on Seed are free!

Let’s look at how to add a new SST app to Seed.

While adding a new app, pick the repo with your SST app in it. 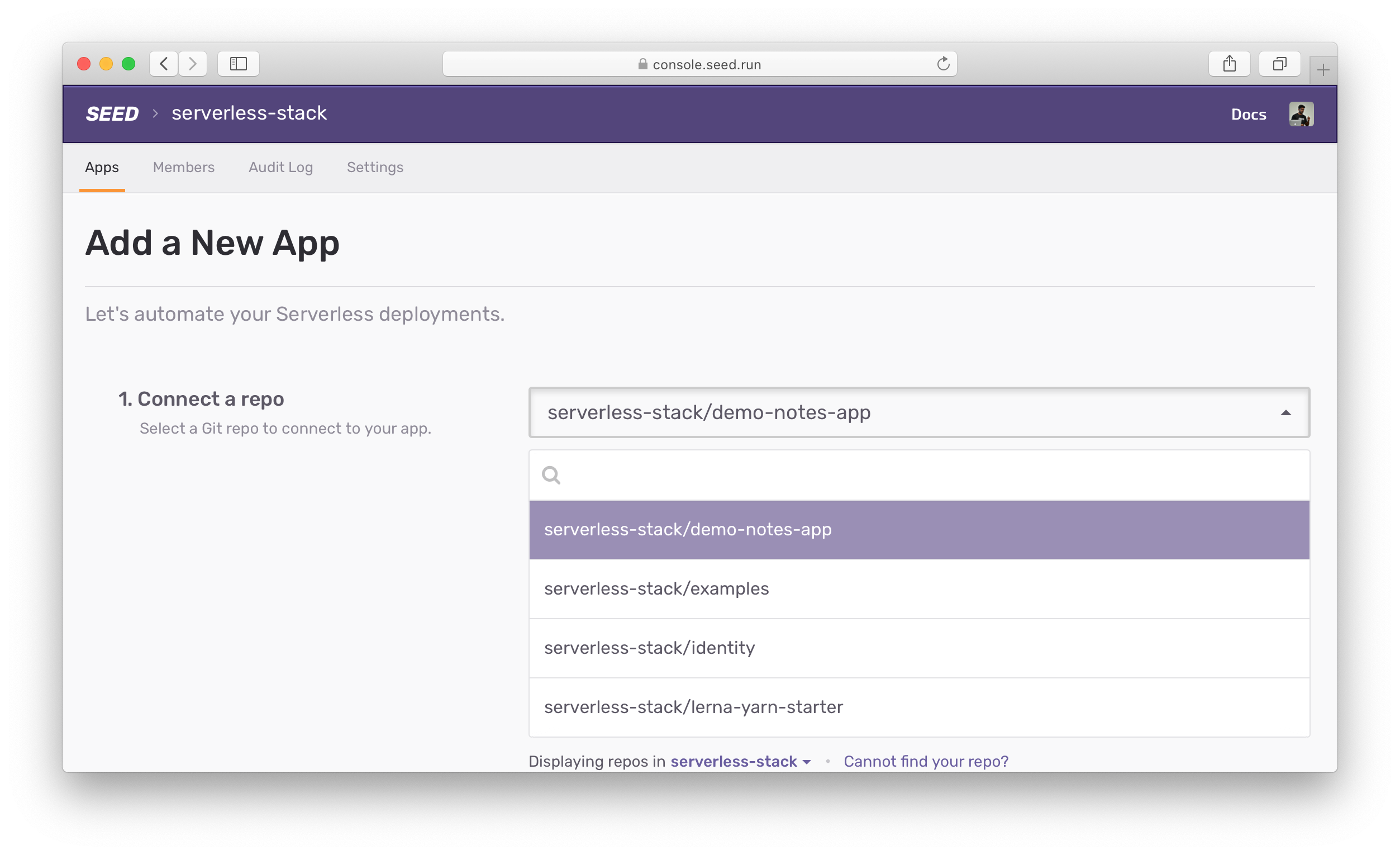 And Seed will look for any sst.json files in your repo. 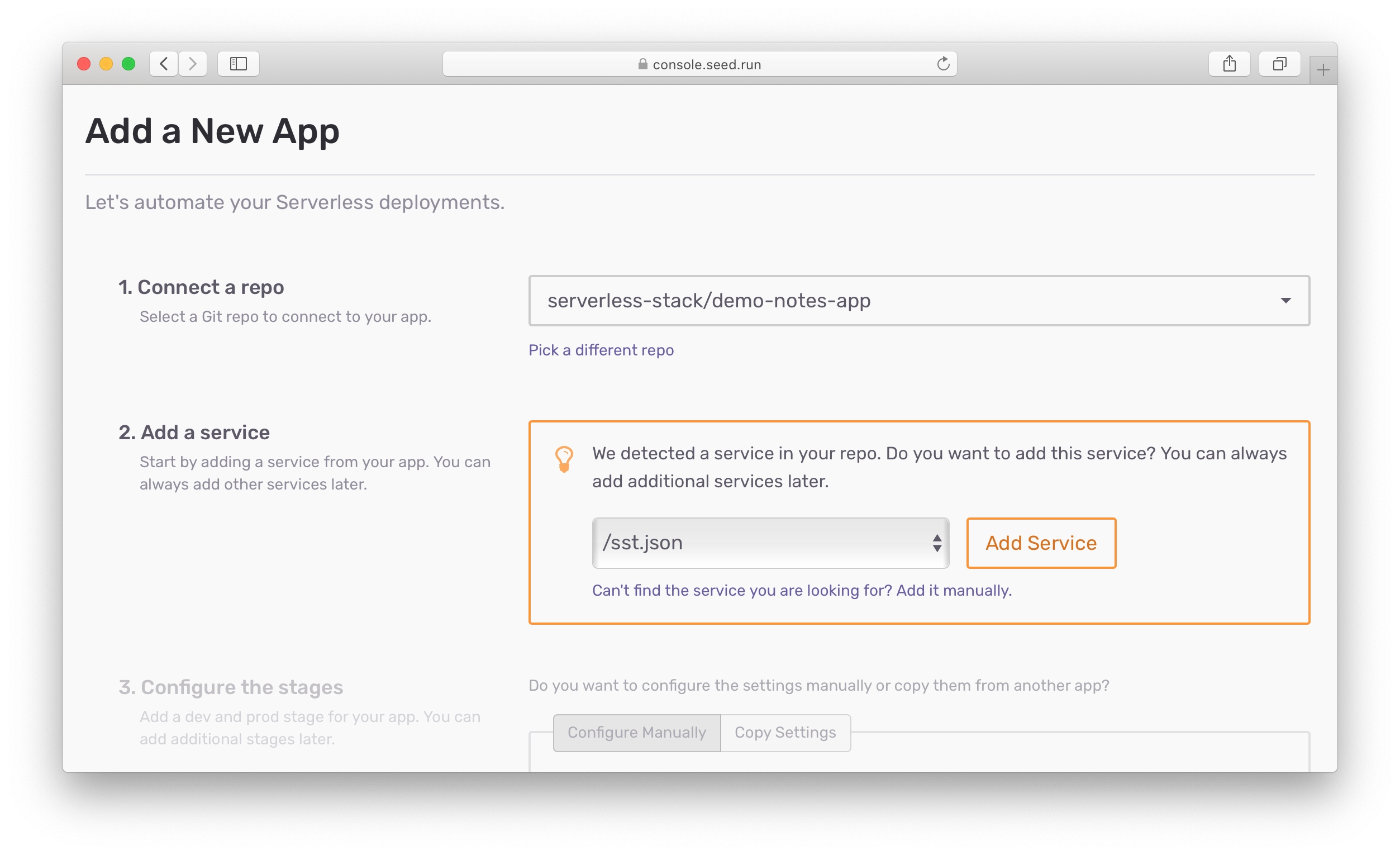 Pick the SST app you want to add. If you’ve got multiple SST apps or Serverless services, you can add them later. 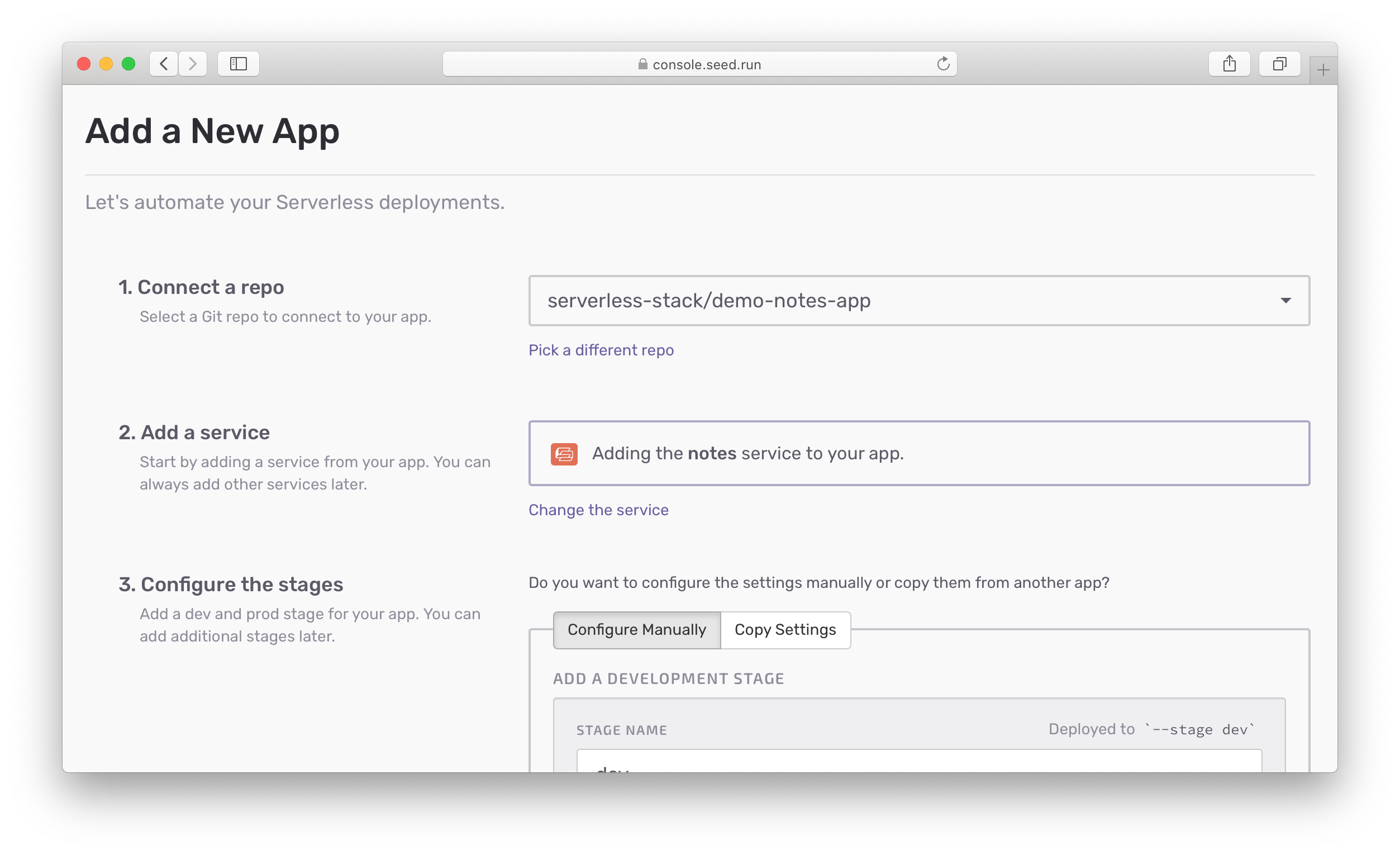 Next, you’ll be asked to add the IAM credentials for your dev and prod environments.

CDK apps deployed using SST on Seed are free. There are a couple of small limitations to this: