You can run Docker commands as a part of your build process by adding them to your build spec. However, Docker is not enabled by default.

Note that, Docker is enabled by default for SST apps on all our plans.

For Serverless Framework apps, the Docker daemon is disabled by default in the build machine.

Before enabling Docker, just make sure that:

Next, head over to the service’s settings; Pipeline > click on the service. 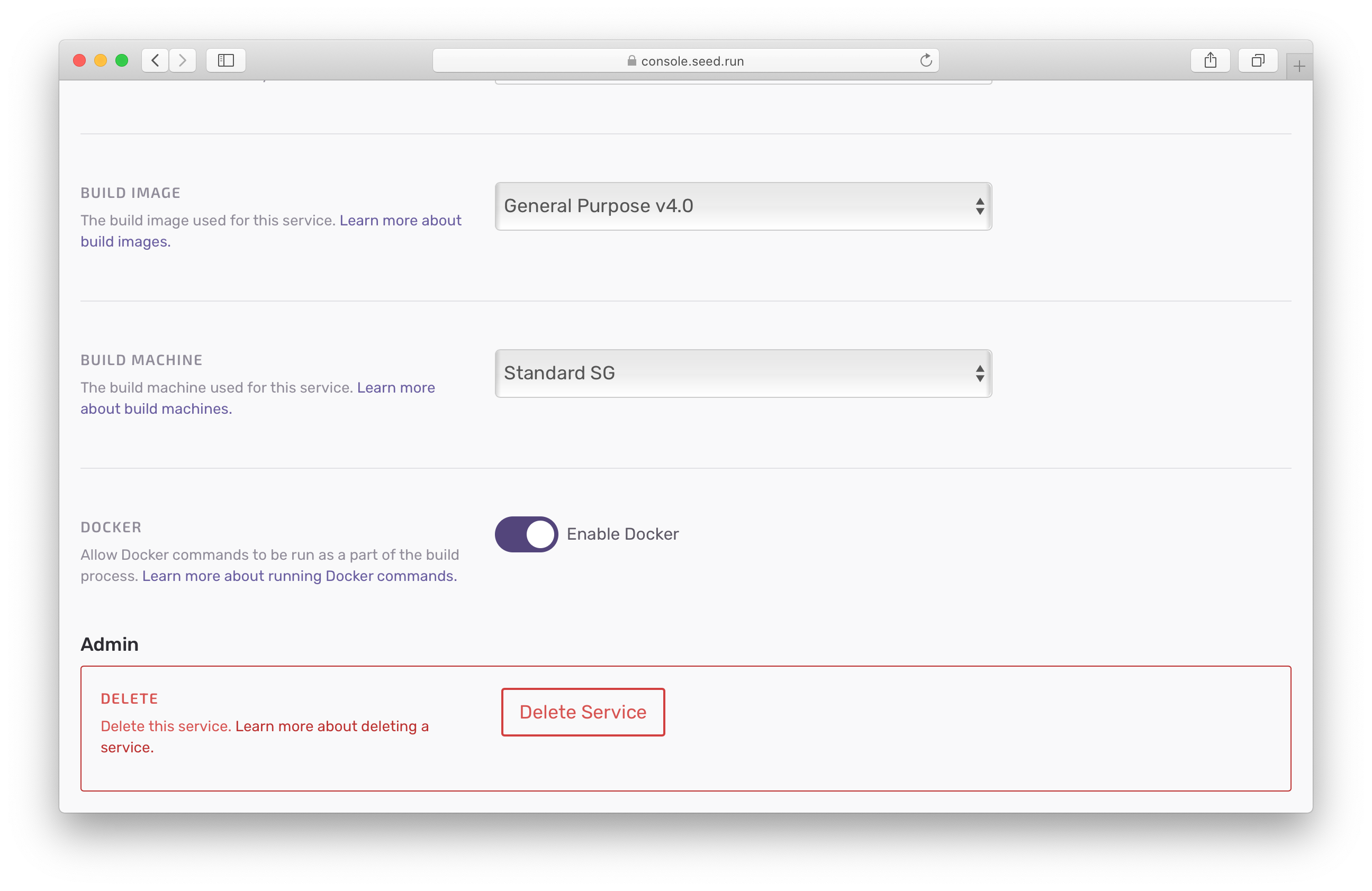 Here you can toggle the setting to Enable Docker.

Once you’ve got Docker enabled, you can run tests using LocalStack on Seed by adding something like the following in your seed.yml.