In general it’s recommended that you use AWS SSM to store secrets for your Serverless app. However, there are times when you need some secrets to be involved in the build process. You should avoid storing these in your serverless.yml. Seed lets you store them as secret environment variables through the Seed console.

Seed internally encrypts them using AWS KMS and stores them. They are then decrypted and made available in the build process. Additionally for Serverless Framework applications, Seed sets them as Lambda environment variables.

You can then access them in your Node.js Lambda functions using the process.env object.

To add a secret, head over to your app settings. 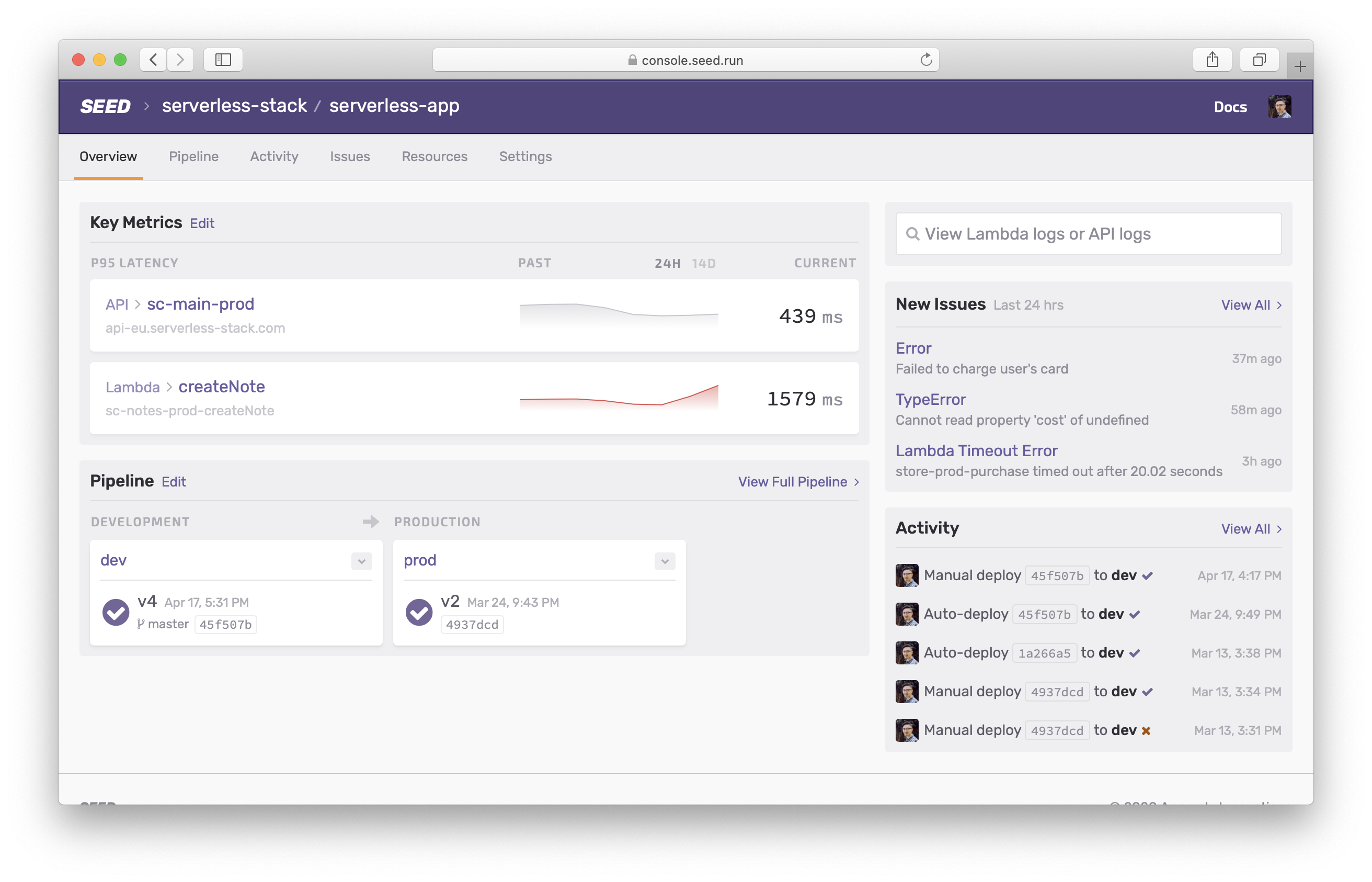 Select the stage you are trying to set it for. 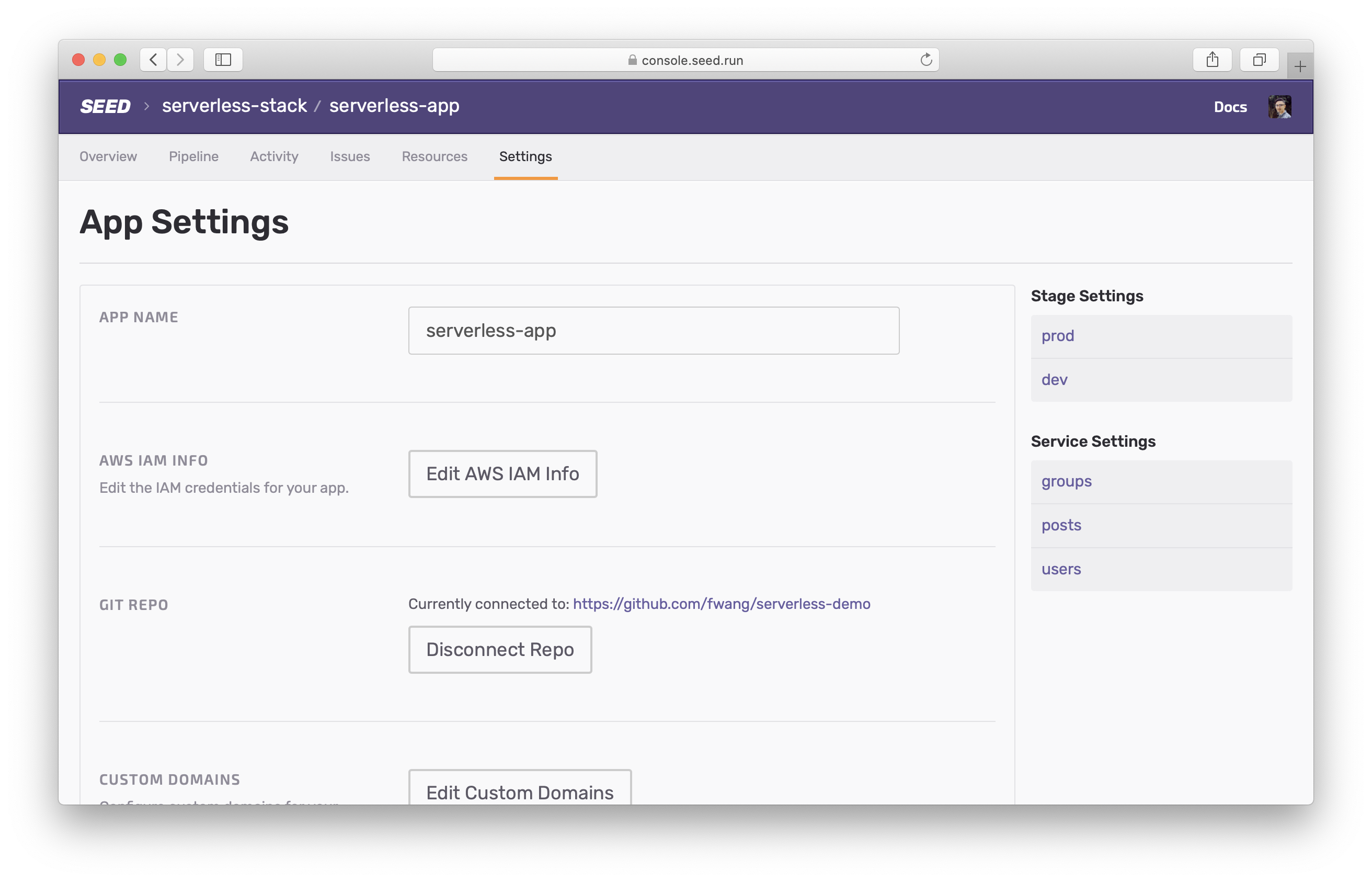 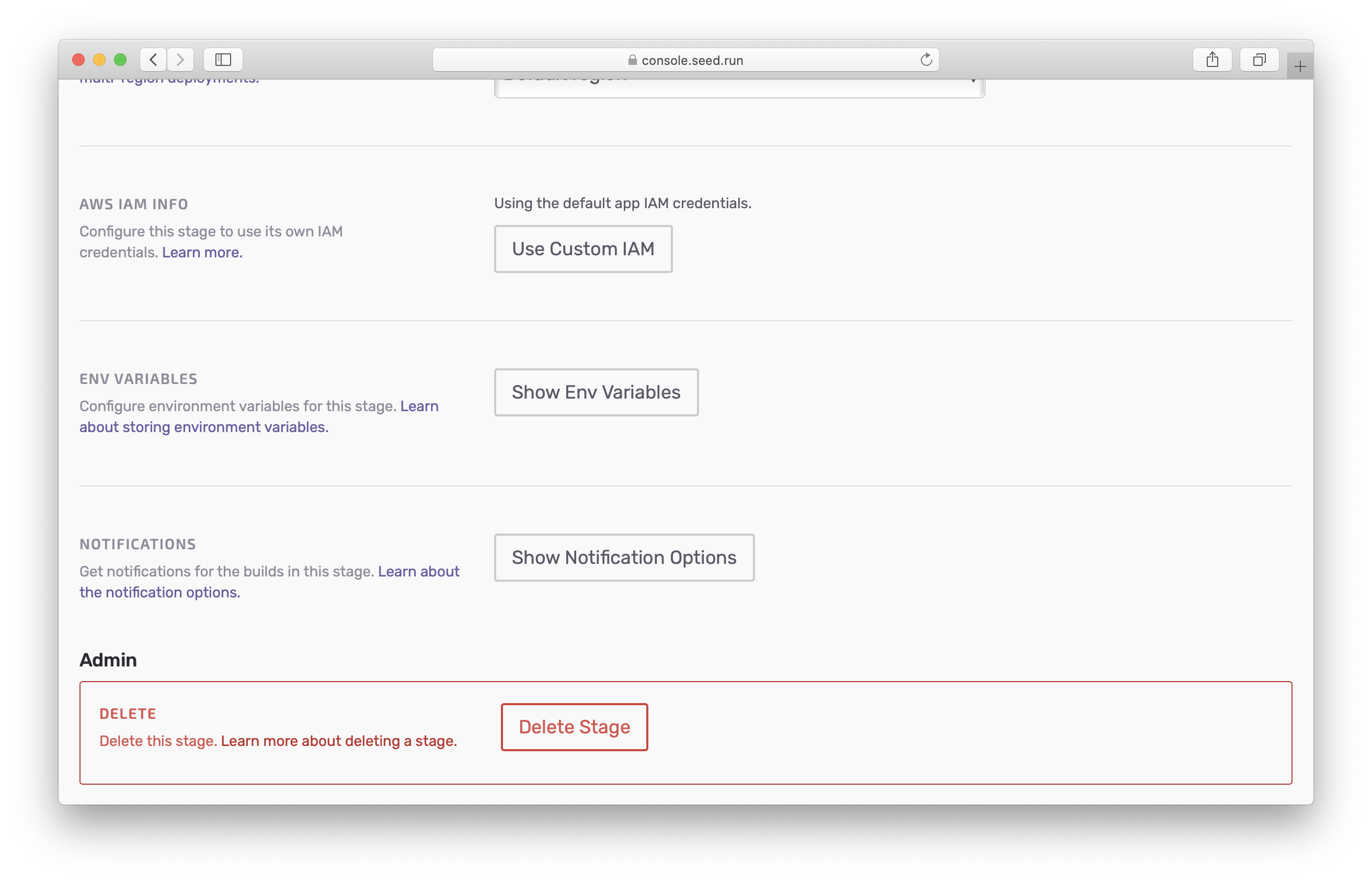 Enter the Key and Value for the new secret, and click Add. 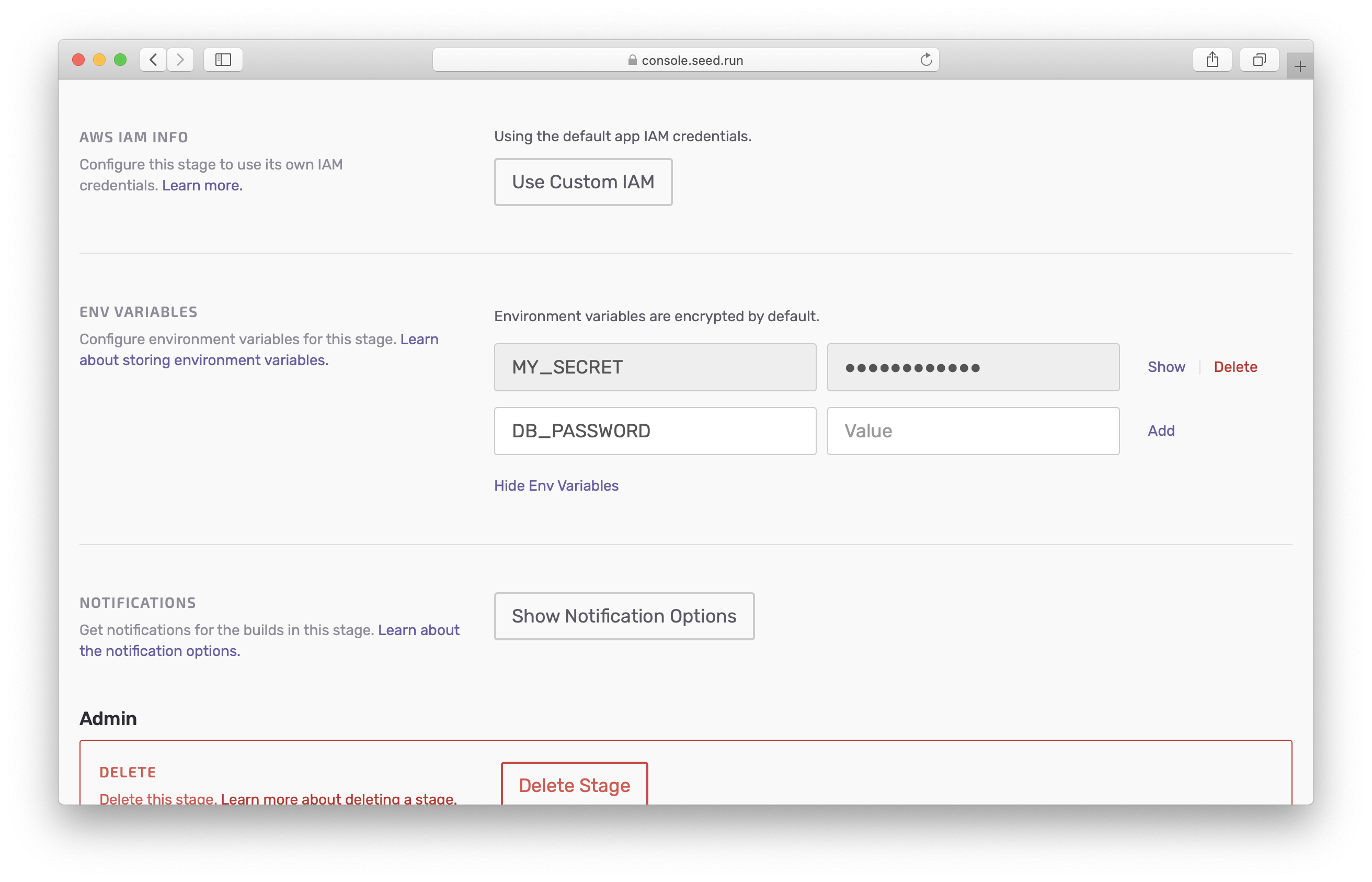 Note that the newly created secrets will take effect only after the next deployment to this stage. And these secrets will be available to all the services in your application.

This is useful when you are developing on your local where your Lambda functions are not going to have access to the secrets from the Seed console.

Secrets are available in your build process

For example, we just created a secret variable DB_PASSWORD for the production stage. The same variable is also defined in the serverless.yml.

When invoking your function on any other environment other than production, the process.env.DB_PASSWORD returns the value defined in serverless.yml. And in the case of production it returns the secret value that you had set in the Seed console.

Finally, you can access your secrets just as you would access any other environment variable in Lambda.

For SST apps, you can grab the secrets from the build environment and set it in your Lambda functions. So for example, if you wanted to set a secret variable for all the functions in your app, you can use the addDefaultFunctionEnv method.

And now you can use process.env.DB_PASSWORD in your Lambda functions.