A post-deploy phase can also be used to run any database migration scripts or any other post-deployment scripts. Post-deploy phases are configured on a per stage basis. This means that you can customize what you want to run, in say production vs your dev stage.

Post-deploy phases are configured on a per stage basis

To configure a post-deploy phase, head over to the Pipeline tab and hit Manage Deploy Phases.

Scroll down to the stage you are looking to set it for. And enable Run a post-deploy phase. 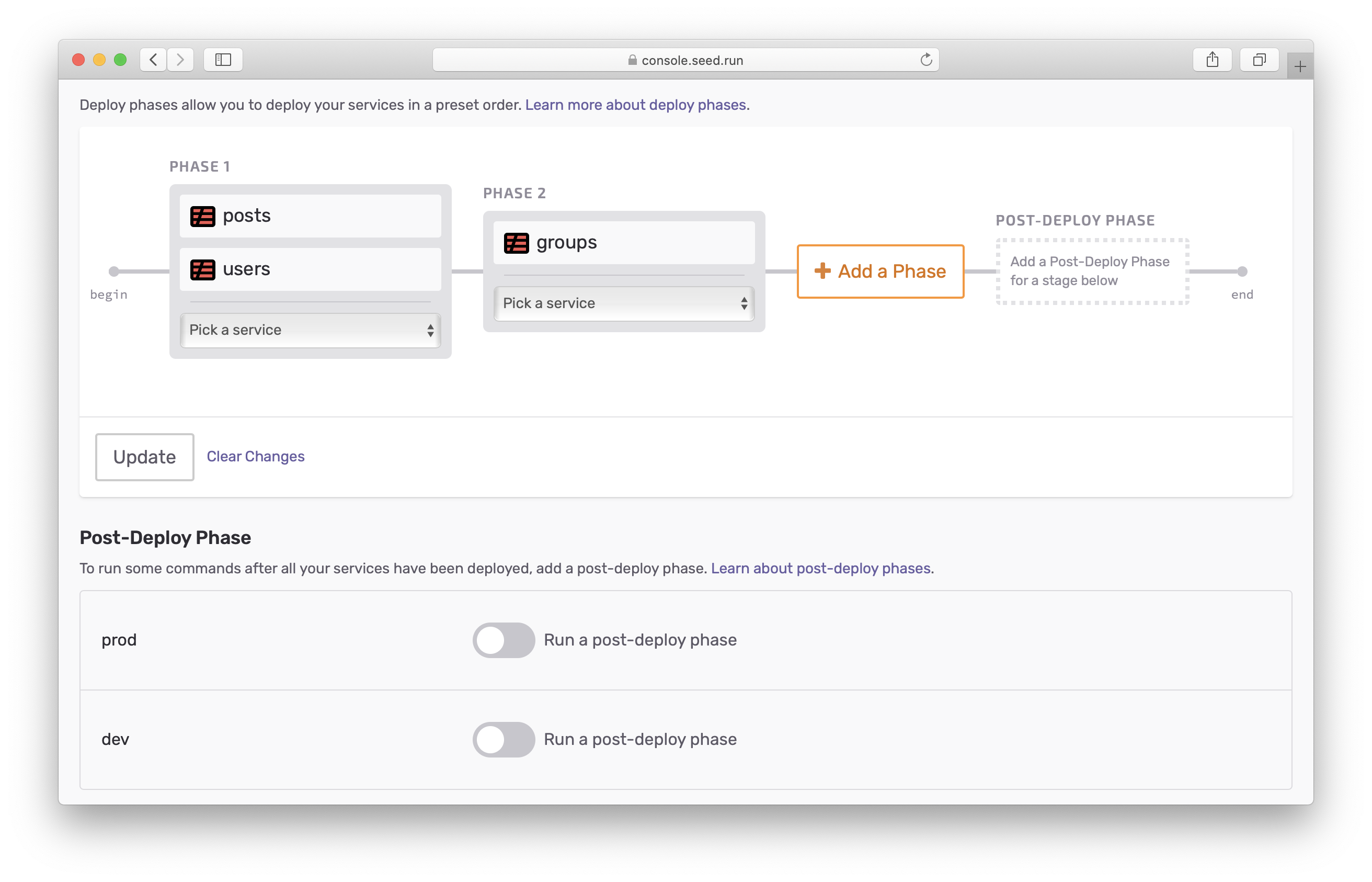 Here you can set the commands you’d like to run. Each line contains its own command. For example, the following script would be split up and run as two separate commands:

Finally, hit Save once you are done. 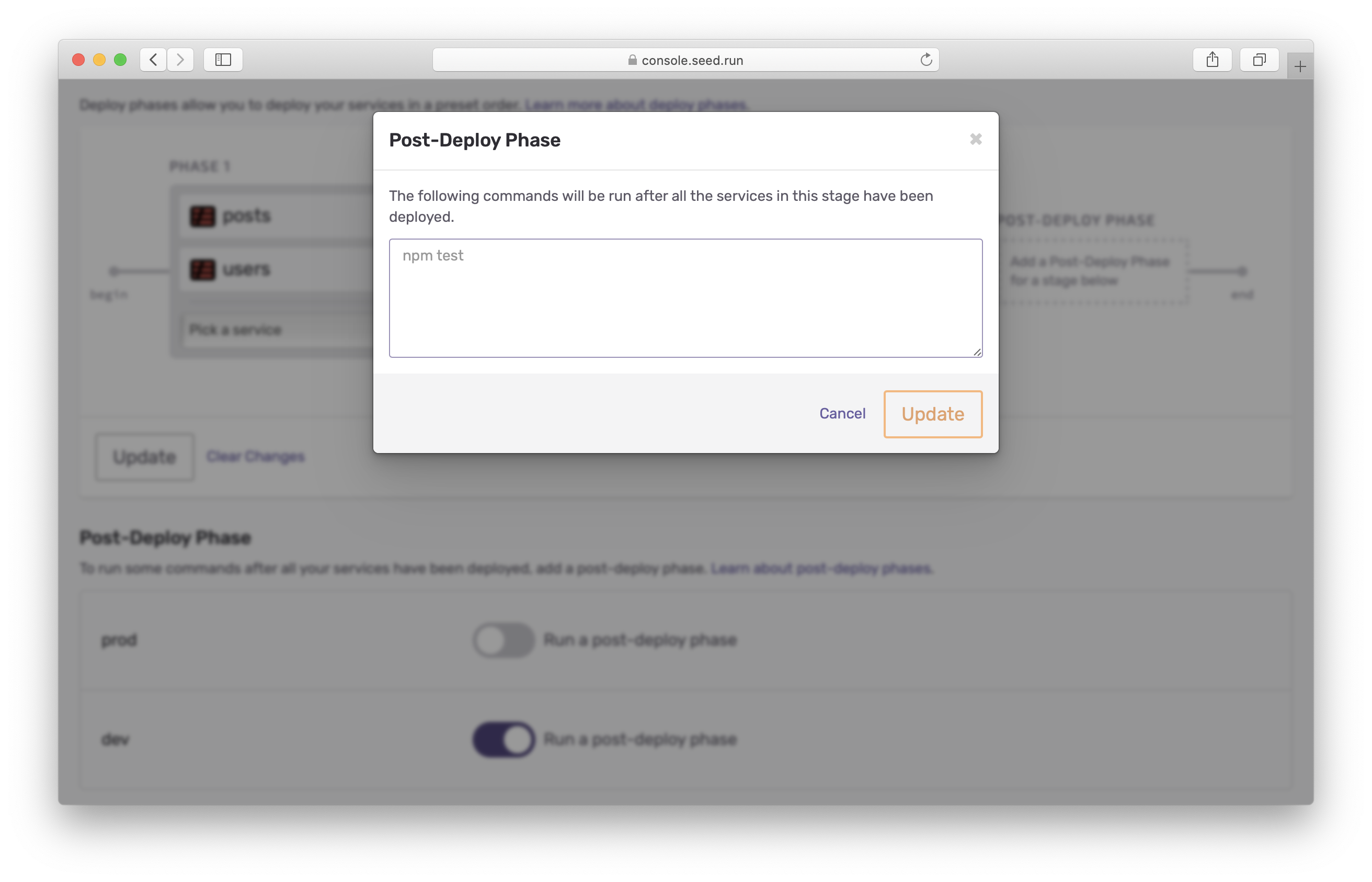 Now any deployments to this stage will run your commands as a part of the post-deploy phase in the deployment workflow. 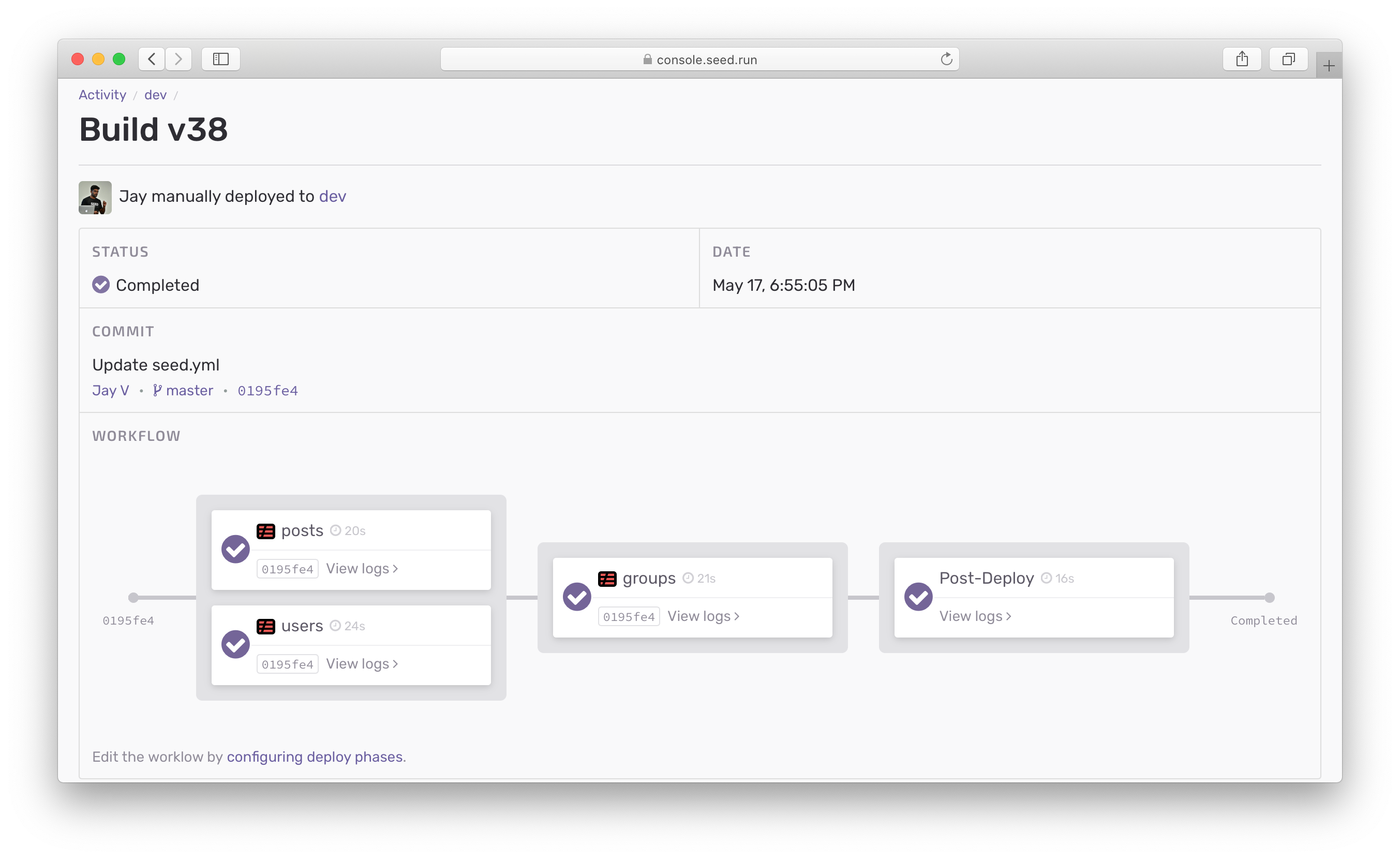 Note that, if the scripts in the post-deploy phase fail, then the build is marked as failed.

Seed will pick an environment based on the first service that is deployed as a part of your app. This means that if you only have one service then the Post-Deploy phase will have the same environment as your builds.

Additionally, the following environment variables are available in the Post-Deploy phase environment.

This also means that for an app with a single service, the post-deploy phase and the after_deploy hook do basically the same thing.

And that’s it, now you can add your integration tests and post-deployment scripts to your monorepo workflow.