When Seed builds your SST or Serverless Framework application, it generates some build artifacts as a part of the build process. These artifacts are stored for later use. In this chapter we’ll look at them in a bit more detail. 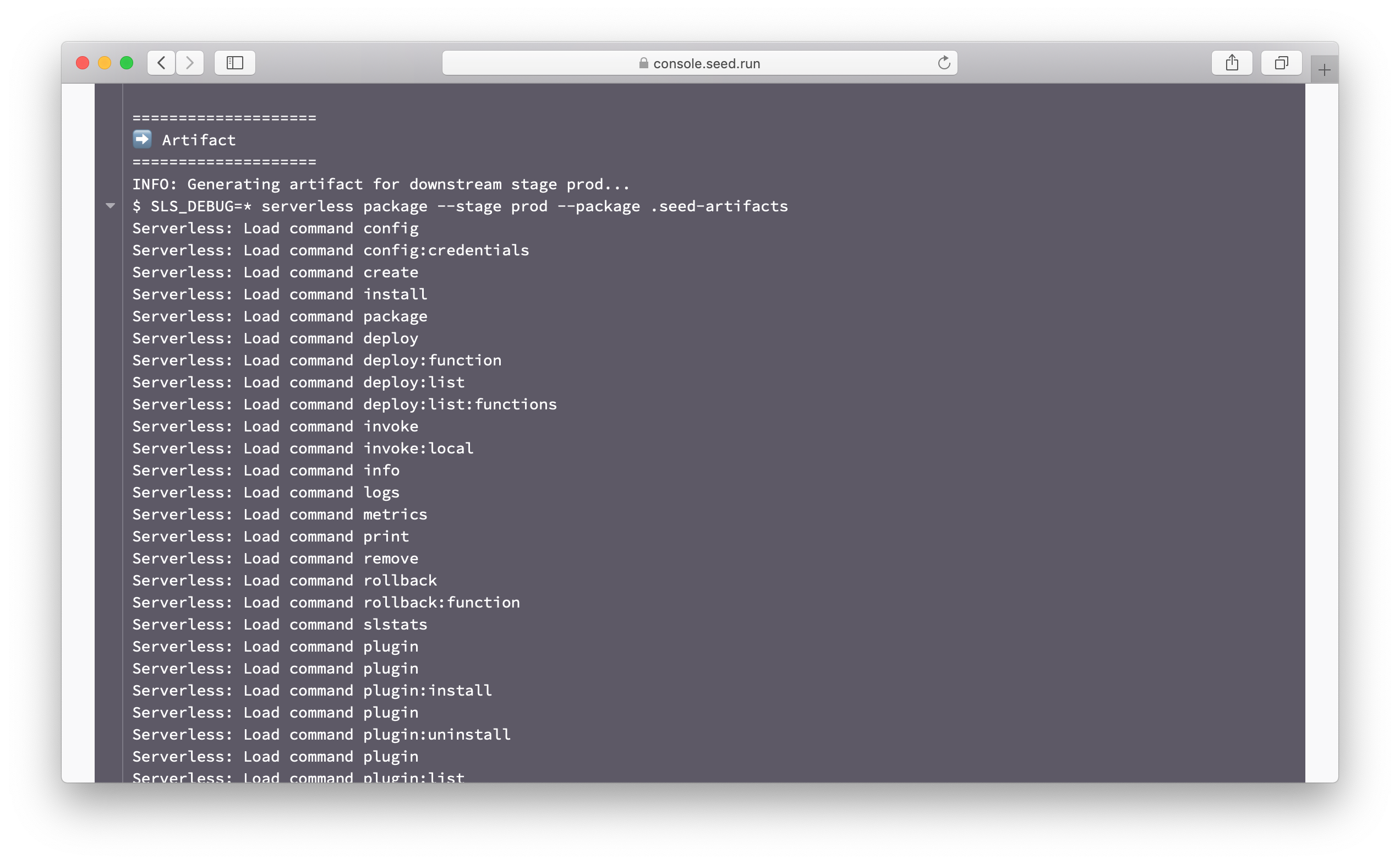 Seed splits up the sst deploy or serverless deploy process into a couple of steps. For example, for a commit to master, connected to a stage called dev will trigger the following:

The package created in Step 2 of this process is tagged with the Git commit and stored for later use. So when you decide to promote this build to production, we load up that previously stored package and use that to generate a CloudFormation Change Set. Step 2 is also carried out asynchronously and it doesn’t count towards your build minutes.