Seed supports monorepo Serverless applications. This means that you can have multiple Serverless Framework projects (services) in the same repo.

Once your app is created, you can add other services to it by hitting the New Service from your app pipeline. 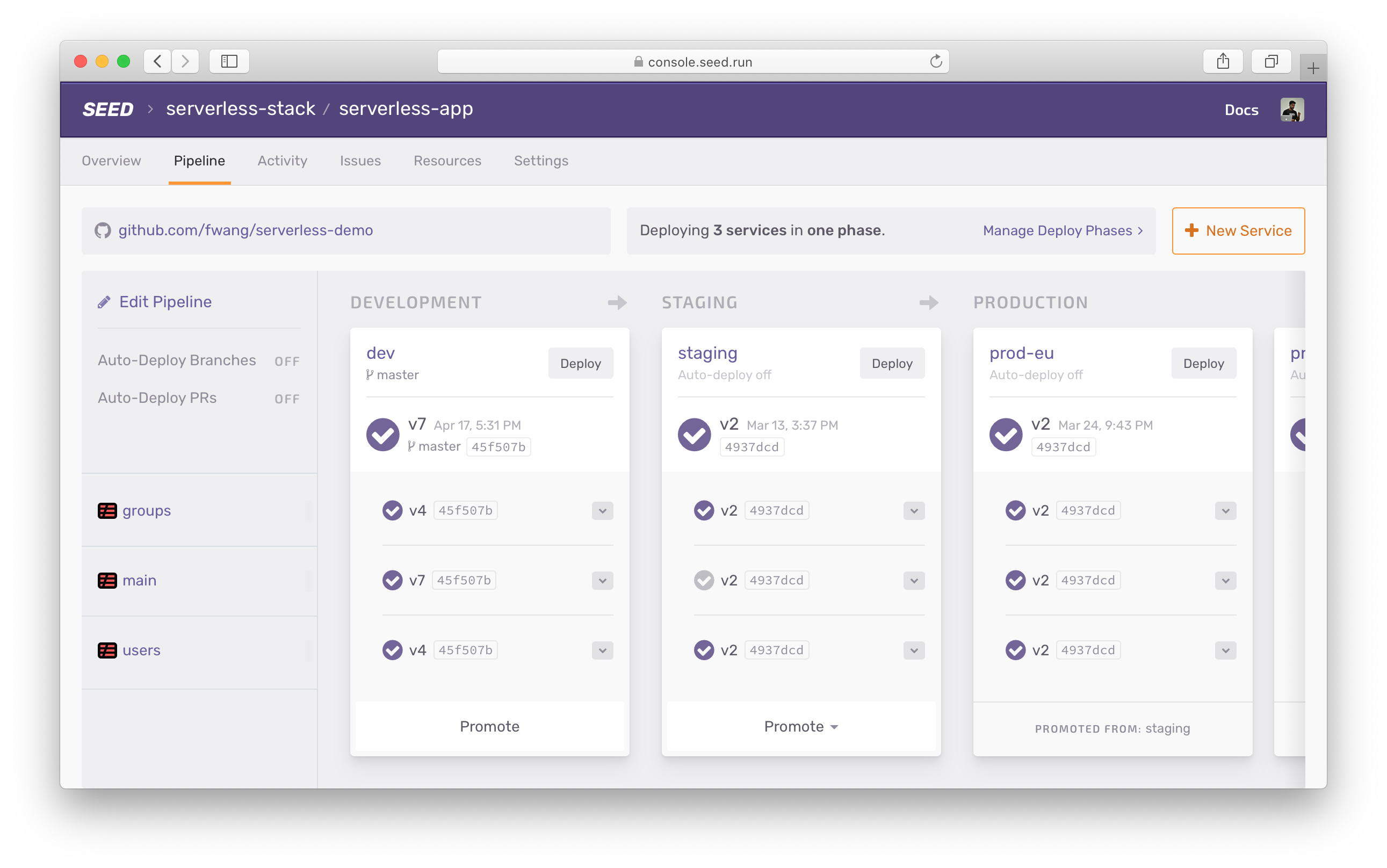 Here you can point to the serverless.yml of the service you want to add. 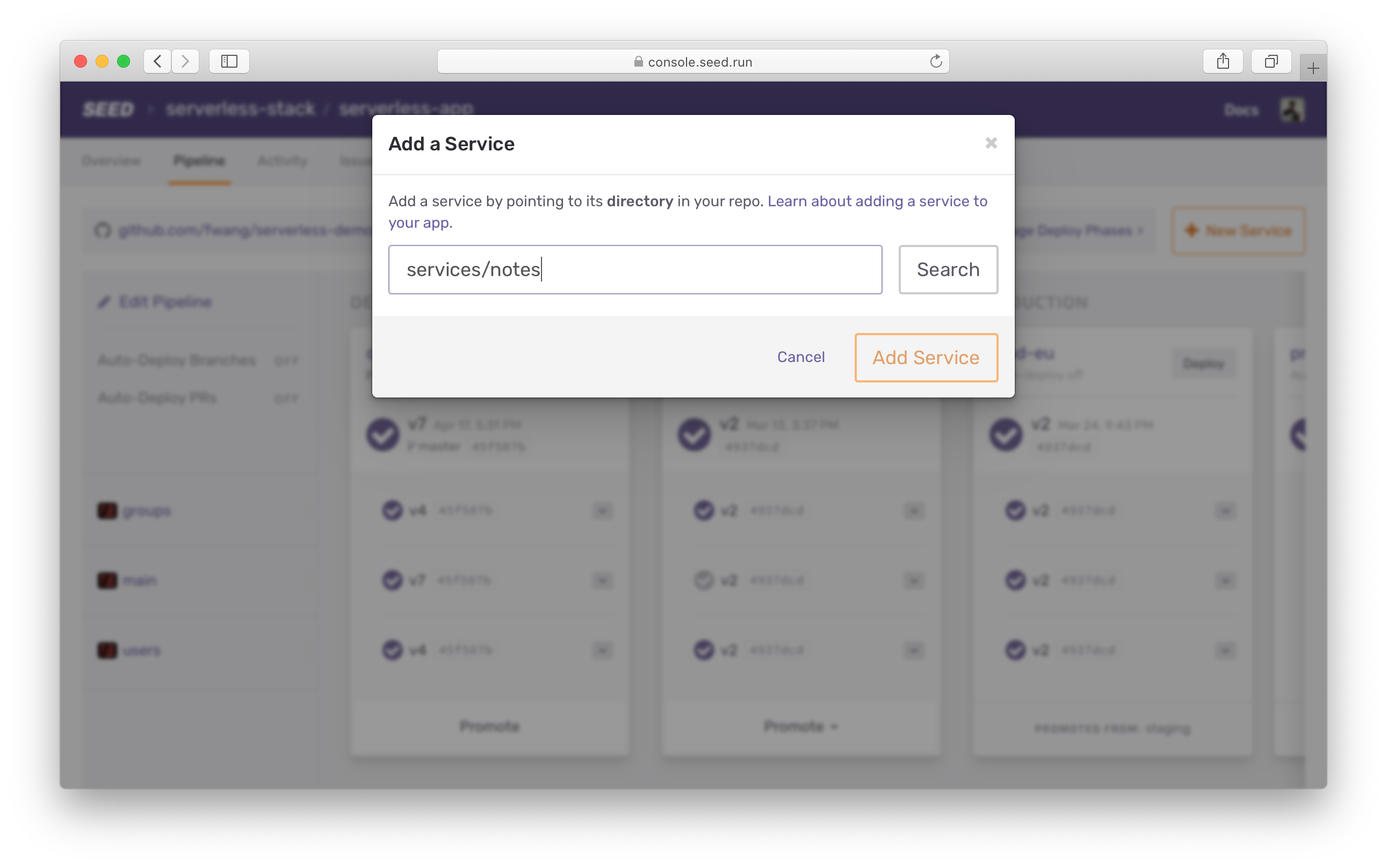 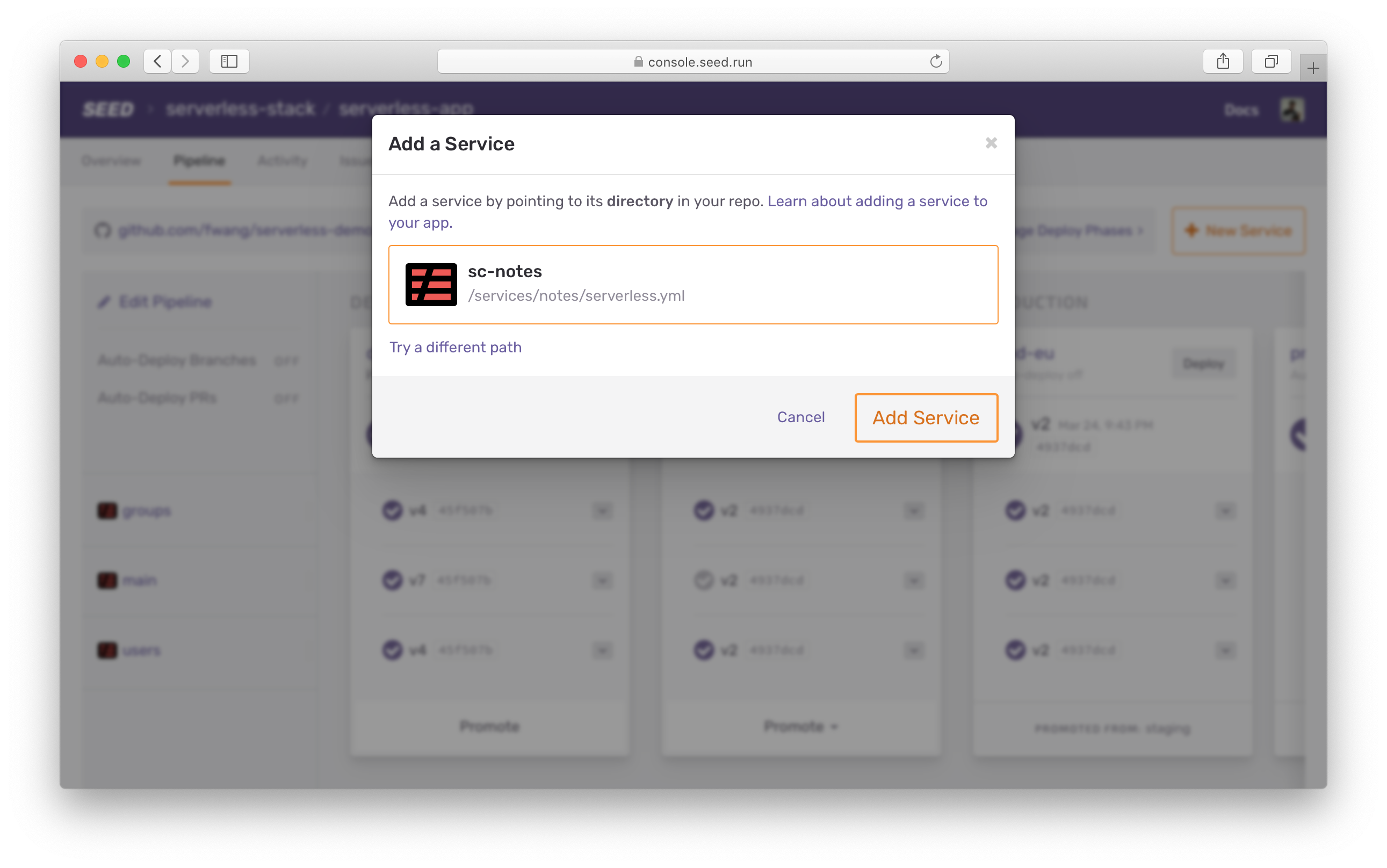 If you don’t have a serverless.yml for the service yet, you can still add the service anyway. You’ll need to specify the name of the service manually. And make sure to add the file or change the path to it later. 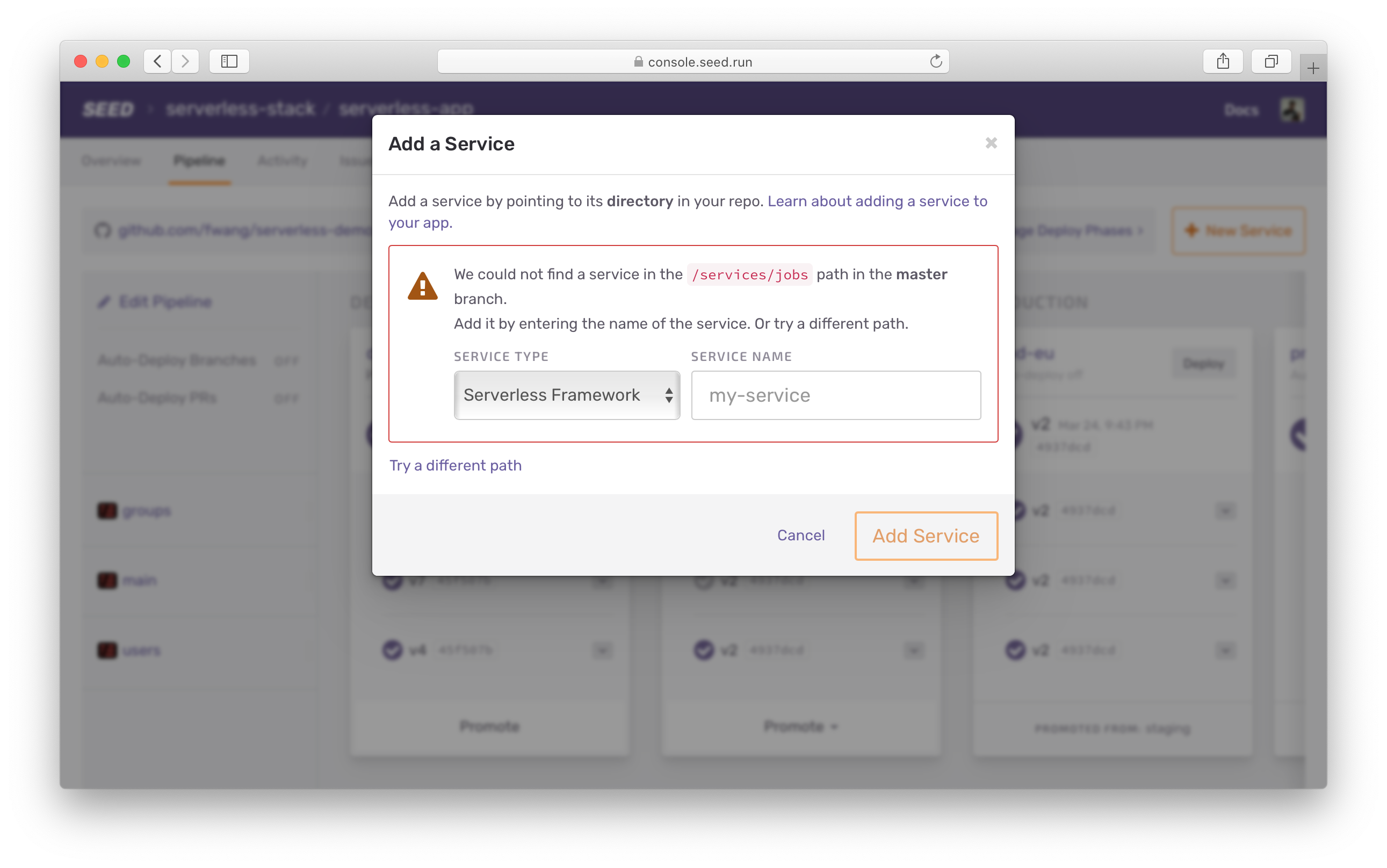 The above assumes that you are trying to add a Serverless Framework service. If instead you are adding a Serverless Stack, make sure to select it from the Service Type dropdown.

Once you add the service, you’ll notice that it’s deployed across all the stages that you have configured for your app. This means that a commit to master (for example), would trigger a build in the dev stage for all the services in the app. 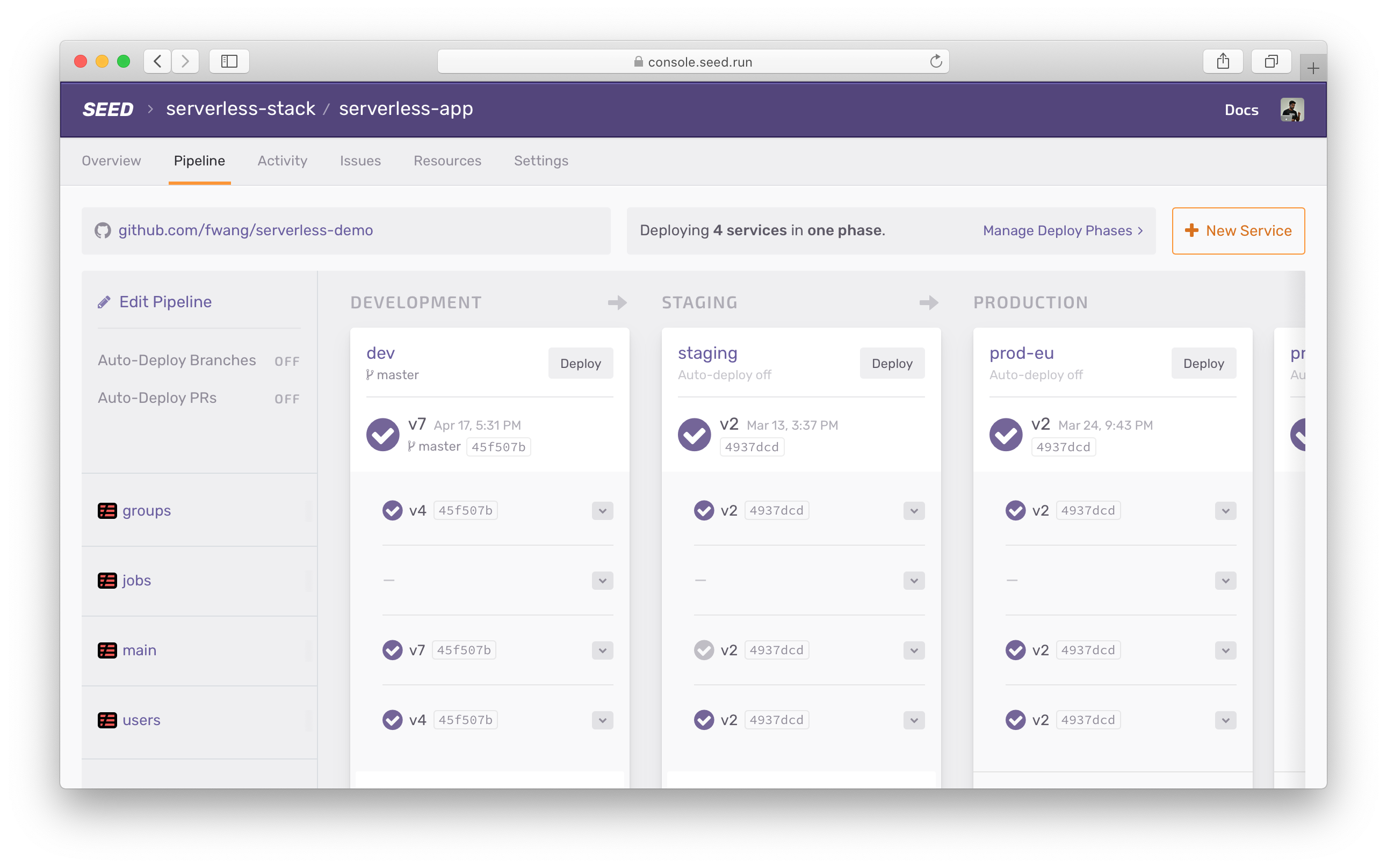 You can also trigger a build for a specific service in a stage by manually triggering a deploy for it.

While working on a new service, you might want to add it to Seed in a specific stage first. For example, your dev stage might be tied to master, while you might have a feature branch called new-service that’s being deployed to a separate stage. Assume that the new-service branch has the new service that you’ve just added to the pipeline. This service cannot be deployed in dev because the service does not exist in the master branch.

For these cases, Seed uses the following scheme: 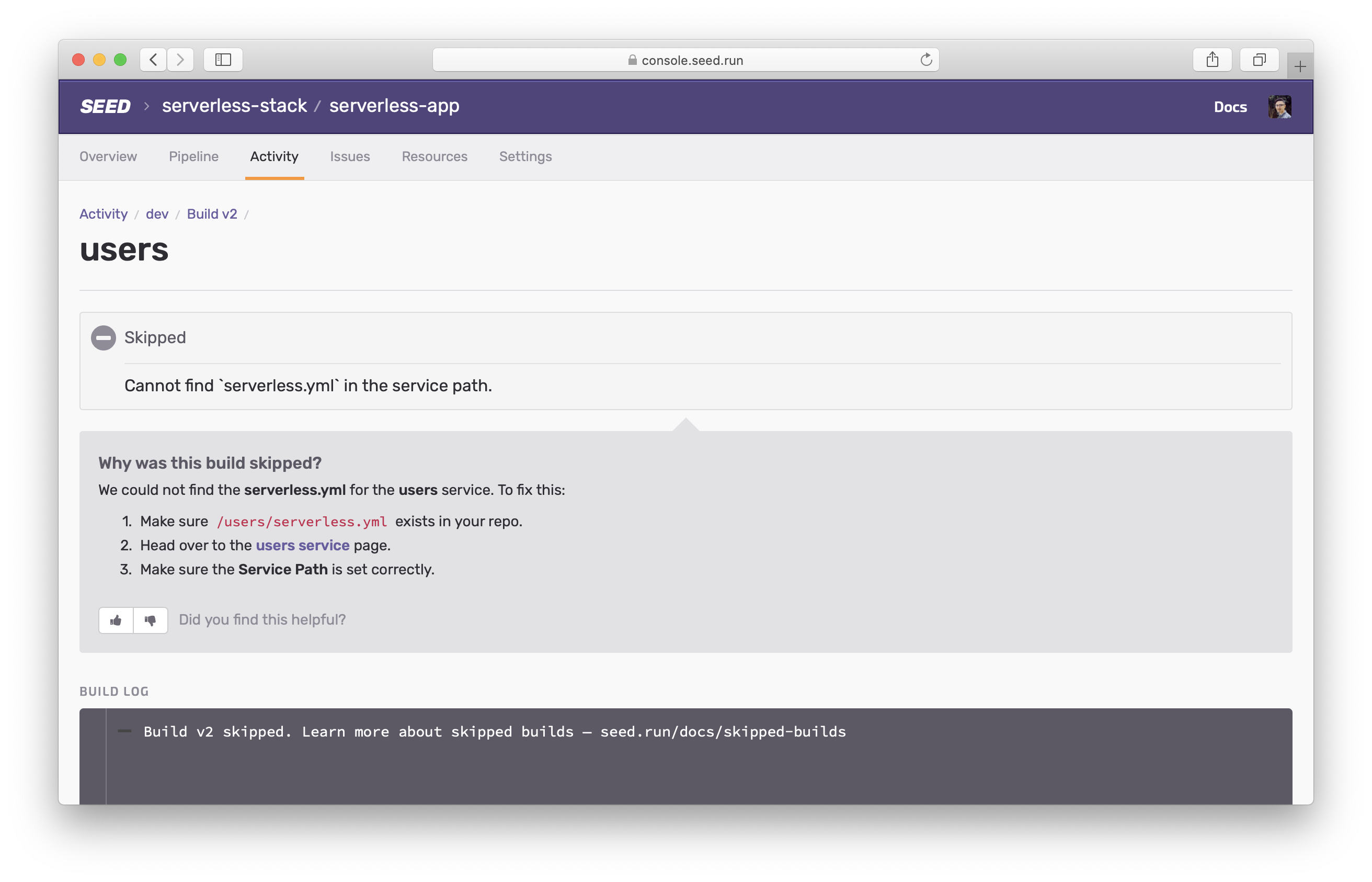 For further details on what can cause builds to be skipped, refer to our chapter on skipped builds.