Seed uses the following scheme while deciding which Serverless Framework version to use. 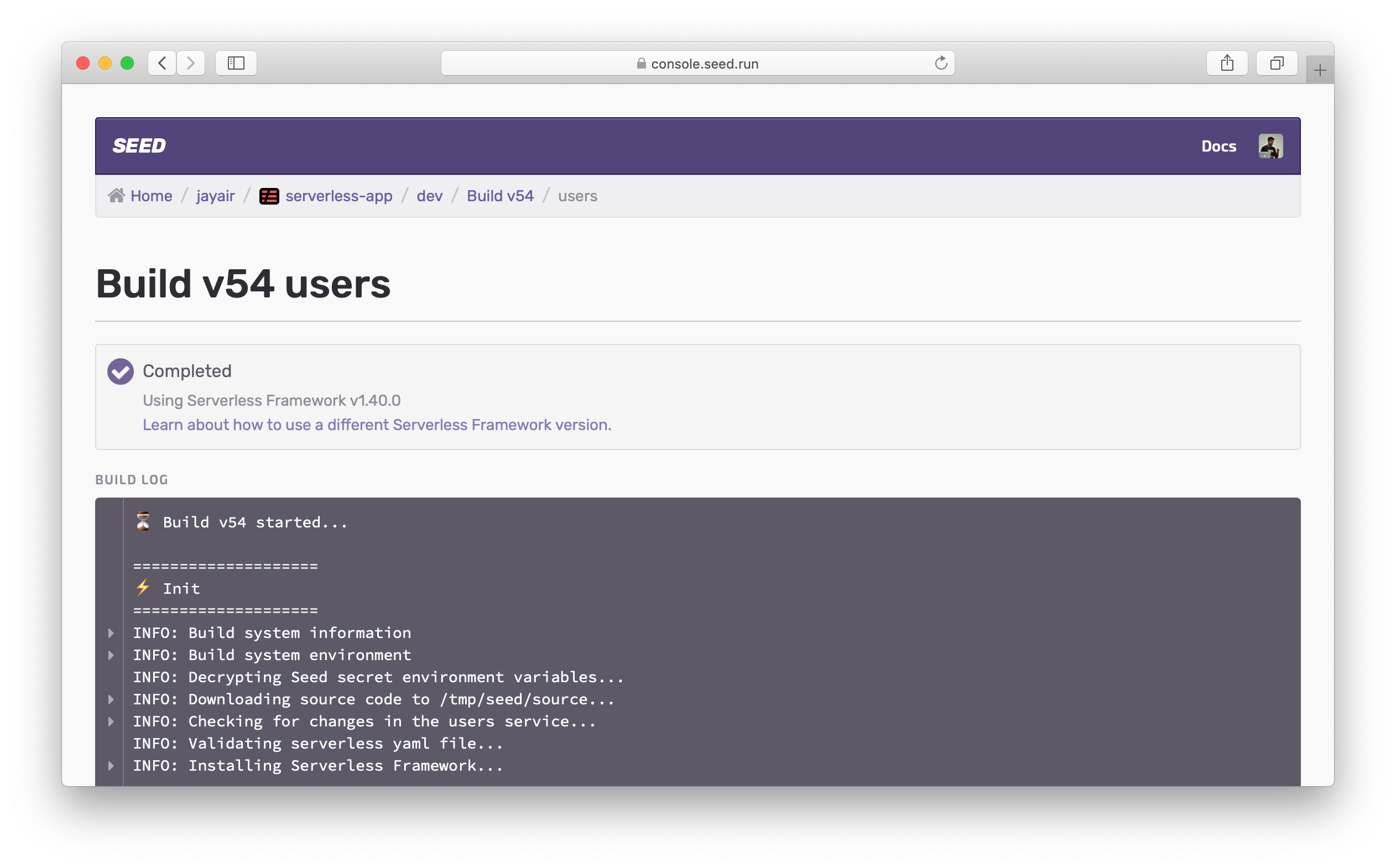 To tell Seed which version to use (for example 1.40.0), you can set the frameworkVersion in the top of your serverless.yml.

Alternatively, you can set a range.

Where the Serverless Framework version to be used should be in between (and including) 1.0.0 or anything less than 2.0.0. In this case, Seed will use the highest locally cached version that matches the range.

Seed internally caches versions of Serverless Framework to speed up your builds. So if you pin your service to use a specific version, Seed will first check if it’s been previously cached. If not, then it’ll be added to a queue to cache it in the future.

You can read more about version pinning in the Serverless Framework docs.